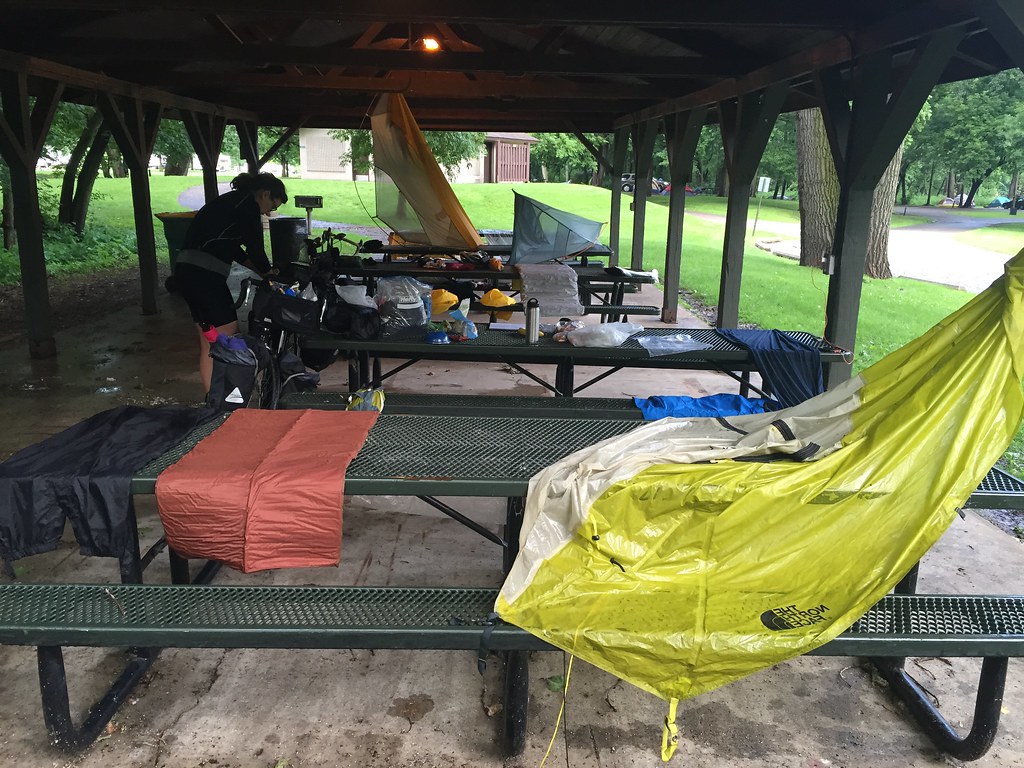 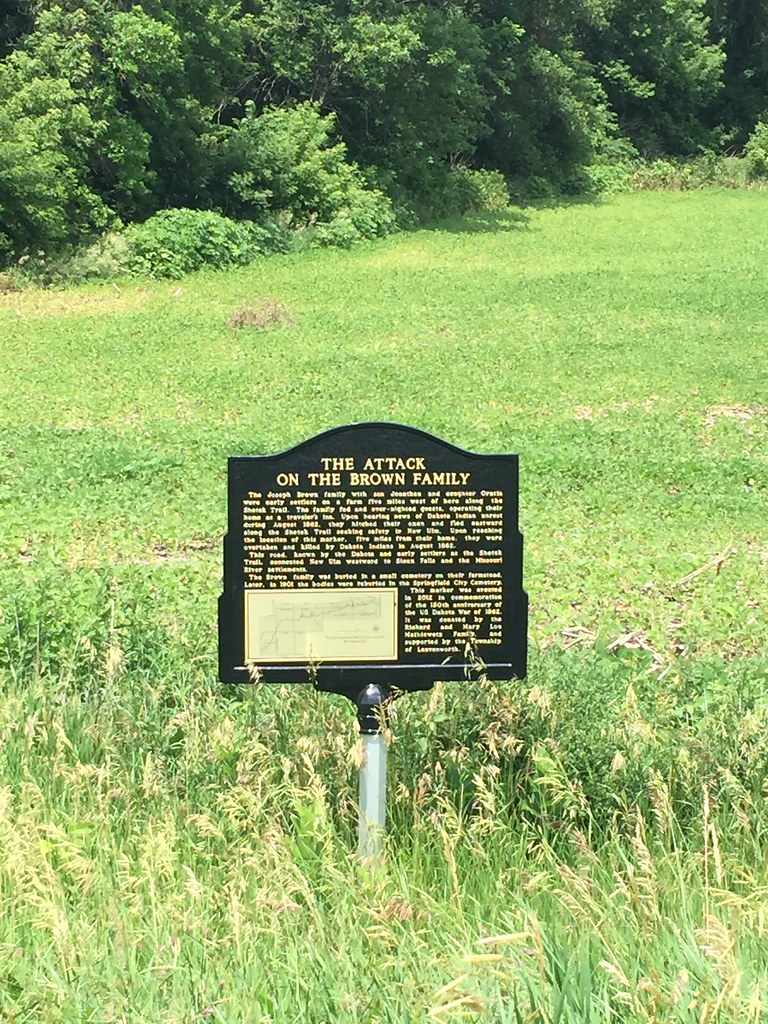 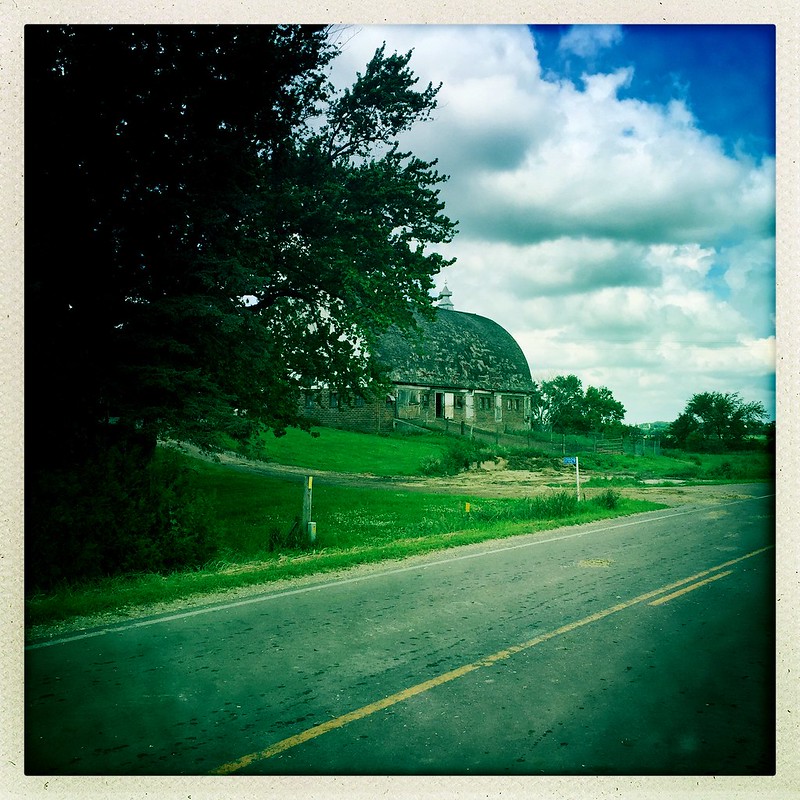 Last night’s camp in Mankato saw a severe thunder storm hit about 2am. The tents took in water and we had to hold down the poles in the high wind. Everything got soaked so we tried to dry out a bit before we got started. Shoving off about an hour later, the storm left the day overcast and cool most of the morning and early afternoon. This was the gift of last night. Traveling was easier today and we didn’t see many people as we head west. Once we left Mankato, we didn’t come across another town until the end of the day. This forces us to carry water and food for lunch and the day. We ended up on the Shetek Trail before Springfield. The trail was a historic route between New Ulm and Sioux Falls. Along this route are several markers pointing out the losses incurred by farmers and settlers during the Dakota uprising of 1862. Panic on the frontier was set in motion by raids and attacks led by Little Crow and various bands of loyalists. Unscrupulous Indian agents, stolen money, stolen food, and general antagonism led to starvation and revolt from the otherwise cooperative Dakotas. The attempt to drive all whites out of Minnesota led to a series of attacks on farmsteads and fleeing families. The white population at the time was not always aware of these details and became enraged at the seemingly random killings of innocent people. The language used to describe these events still remains a sensitive topic with contemporary families of the victims from both sides of the conflict. The current attitude in Minnesota from Native and non Native people appears to be one focused on reconciliation and trust as a path to healing historic violence and mistrust. 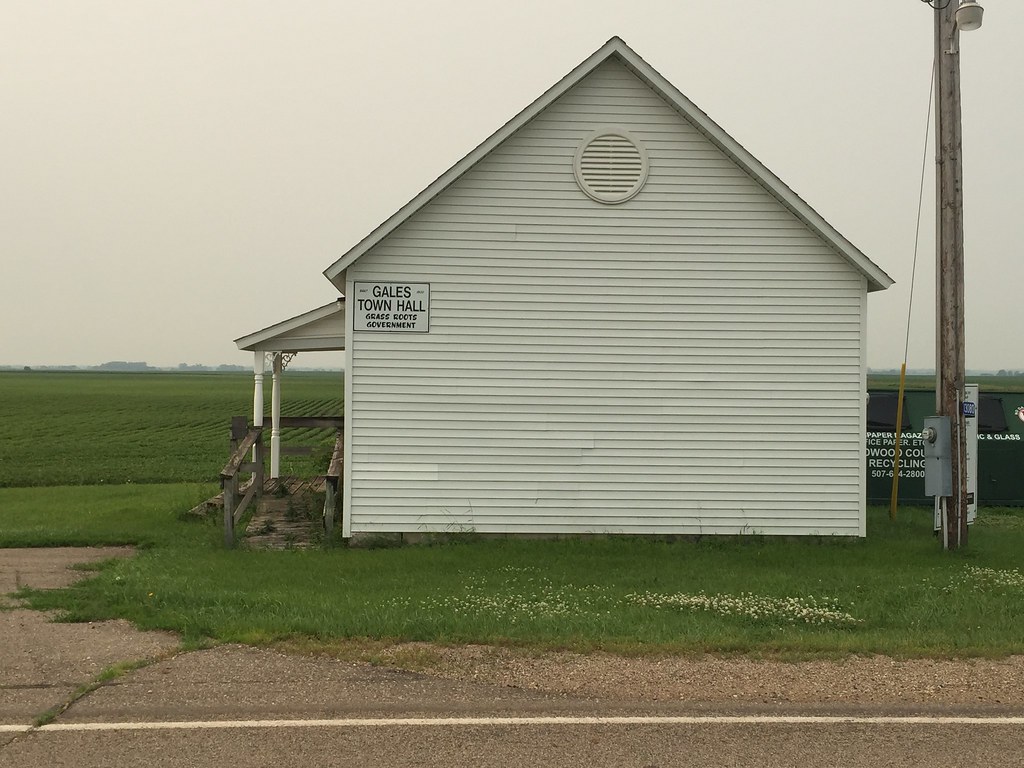 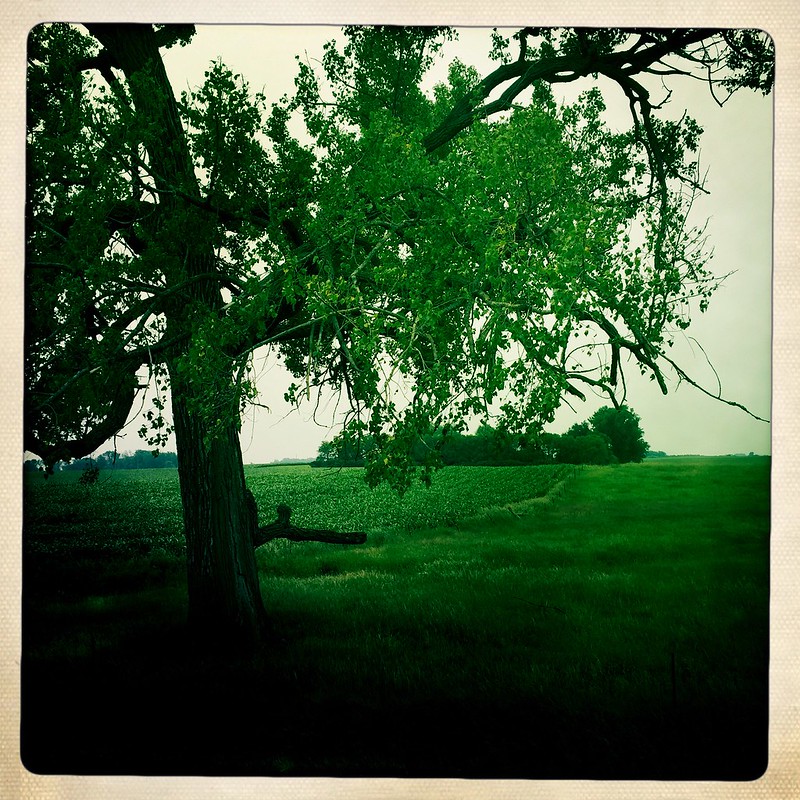 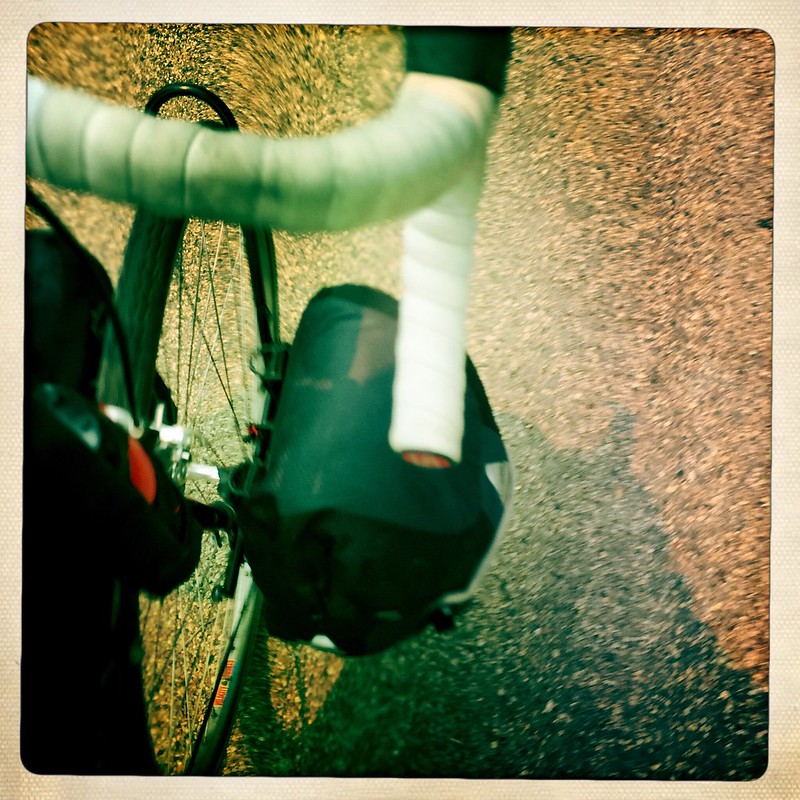 Day 10, June 29
60 miles, Camden St. Pk., Russell, MN
Today was moving west along one road all day. A couple of shifts due to the county grid needing to be shifted to account for the curvature of the Earth,- and that was it. Once we left Springfield we did not see a town until the end of the day in Russell. This was an endless day of one farm after another all growing soybeans, corn and wheat. All the farms look like they are well established and healthy. The fields are also pretty flush and it looks like a sea on the edge of the Great Plains. Each of the homes seem to be accompanied by a barn and several out buildings and surrounded by a small forrest of oaks and pine. This looks like a perfect shelter for the summer and winter. The landscape is covered in green and is very bucolic though it looks like it could get pretty rough in the winter. A constant headwind held us to about 10-11mph.

In the middle of nowhere we came across what looked like a one room school house but the sign on the side of the building said, Gales Town Hall, Grass Routes Government. In the back and side were massive bins to gather materials for recycling. The building dats back to 1900. This reminds me of the dust bowl days when rural people joined together and formed cooperatives in order to survive the great depression. The People’s Bank still exists in North Dakota and this little building and its project reminds me of this. We are just a small distance from the South Dakota border from where we have camped tonight. 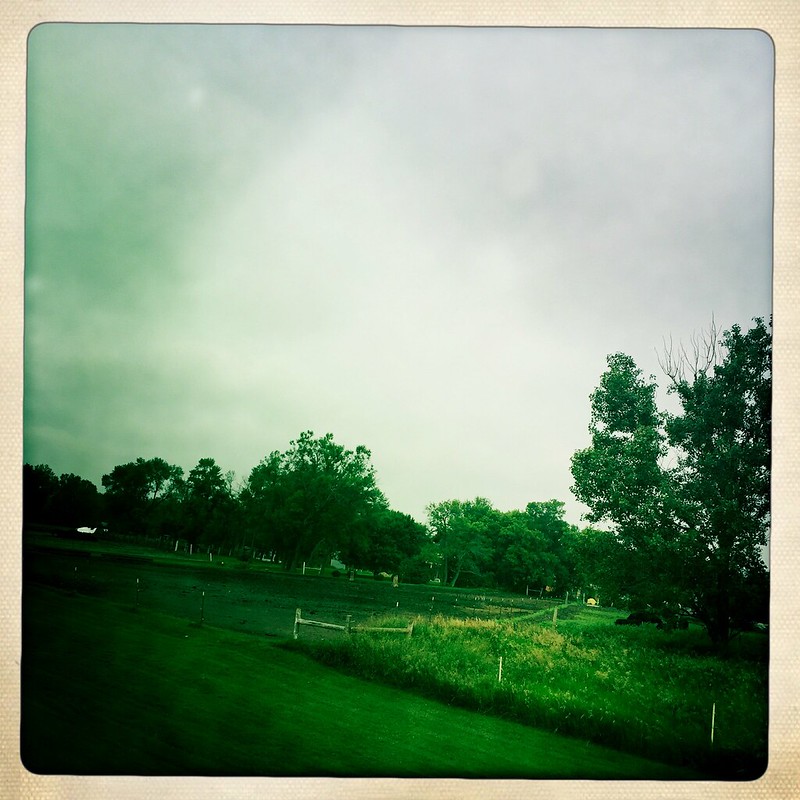 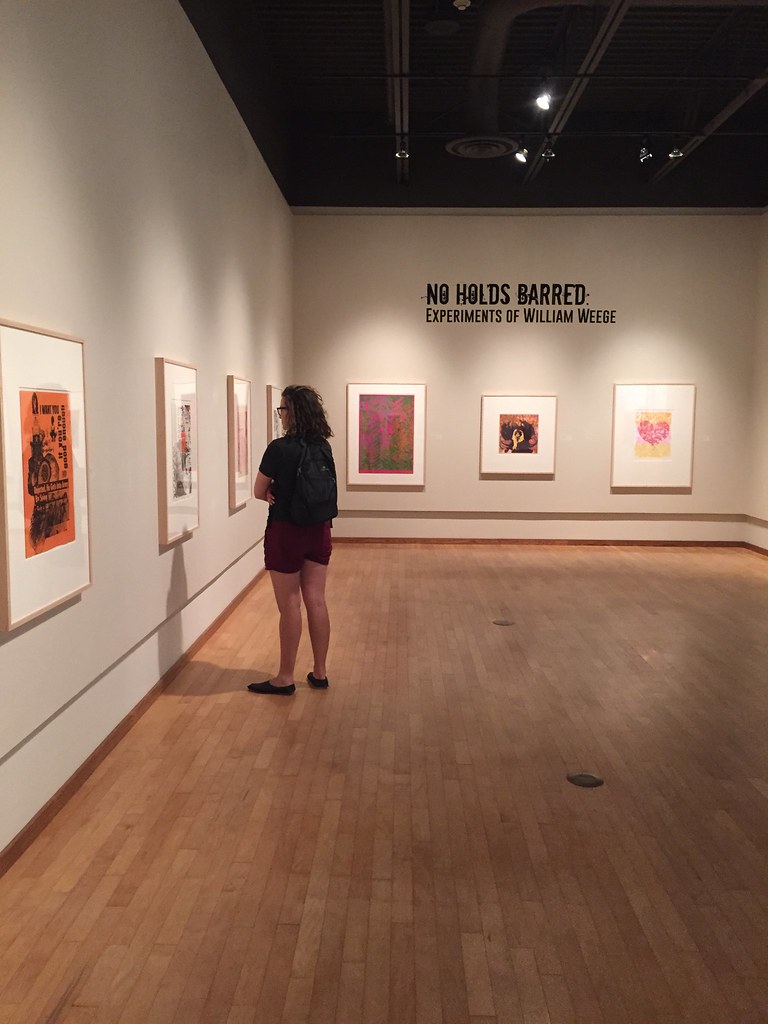 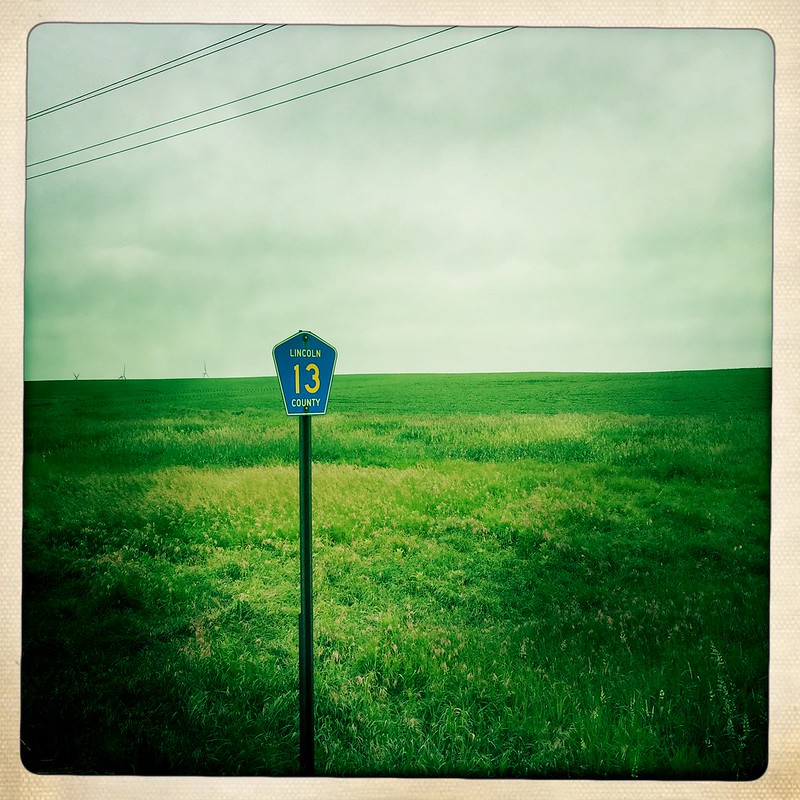 Day 11, June 30
50 miles, Brookings, SD
Today was again cool and overcast and felt like it was 65 degrees out. Little to no wind made travel easy. Our landscape is getting less tree lined and more rolling hills of green. The fields look like we are on a rolling Ocean with 50 foot waves. The area is still green but we are starting to see a few indicators of the western economy such as the appearance of a couple of cattle farms. The longhorns just stare at us from a mud corral. The roads are turning to gravel in the back country and we are sticking to the state or US marked roads. We were able to move between 17 and 18 mph today and appreciate the blacktop. Once again, the towns going west are fairly spread apart as we don’t see any towns until our night stop. It seems as though all the paved roads are going north and south. Our stop at Brookings is also the site of South Dakota State University. We are able to visit the University Art Museum and see an exhibition of turn of the last century illustrative painting which was quite good. We also stopped in the the American Indian Center on campus and met two directors that were very warm and welcoming. We talked to them for a while about their mission and we shared our project with them. The link across country makes us feel nicely connected. Before we left, they showed us a beautiful star pattern quilt that was made by a former Native faculty member and other objects that were Lakota in origin. This was a real honor to be able to see these items at the end of our day. 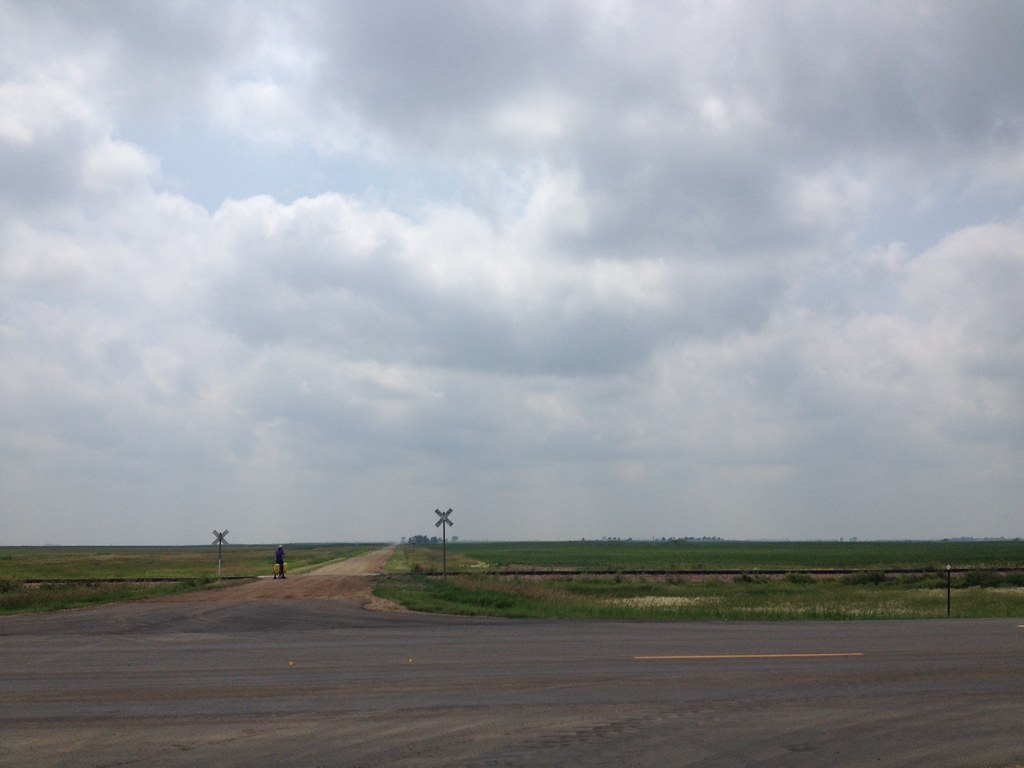 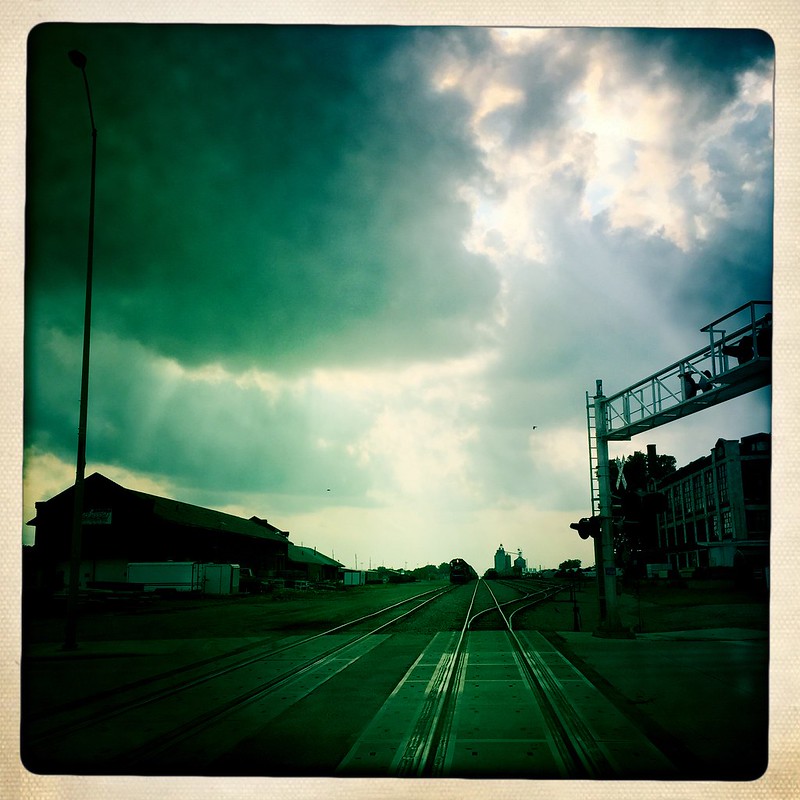 Day 11, July 1
71 miles, Huron, SD
Waking up to a rain this morning and leaving in the rain. The gray overcast sky made for a cool day as we ride through central South Dakota, I am amazed at all the wet lands. Marshes and reeds line huge lakes in the farm country. We actually see pelicans gathered in the ponds and a few flying overhead. I thought we would only see these in Ocean areas. We are nicely blessed with east winds and the sky stayed overcast and cool all day. Passing through DeSmet we see the markers for Laura Ingalls Wilder’s homestead. The small towns are loosing their quaintness here and truckstops and grain elevators punctuate the railroad lines. Some towns show remnants of a 19th century boom with there architectural facades fading from old buildings. The present conditions speak to a less Romantic time and are more industrial-agricultural in appearance. Later, we reach stretches that flatten out into immense sublime views. This is the Great Plains and the views open up incredible distances. This has not changed and it is beautiful. The overcast gray makes the hazy distance seem even farther away. Pulling into Huron, we are greeted by a huge pheasant sculpture. The sign next to it boasts that this is the largest pheasant in the world and that it is also South Dakota’s state bird. It reminds me of 19 century carnival signs or 1950’s roadside constructions that stand in front of motel parking lots. The landscape is what attracts me most! 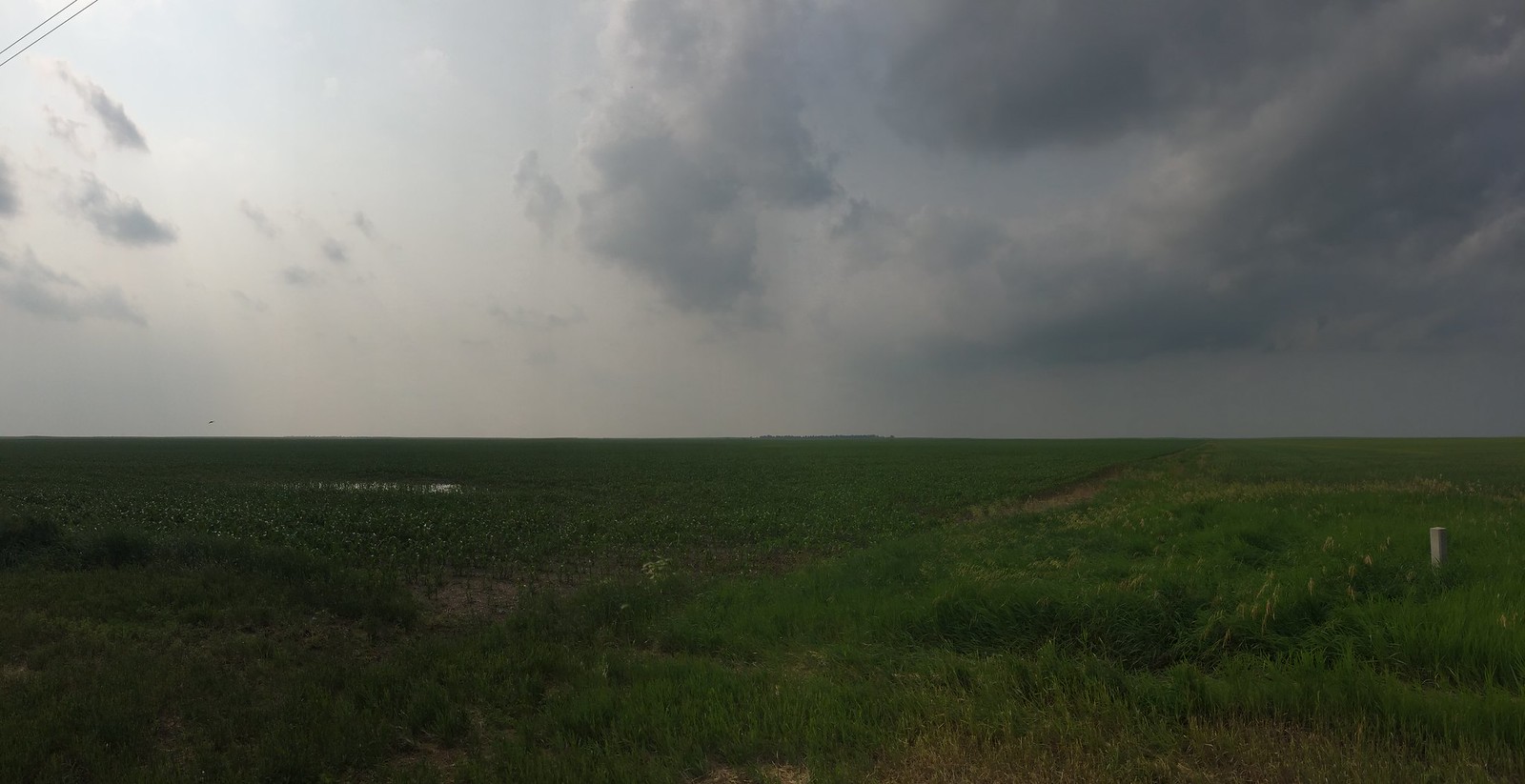 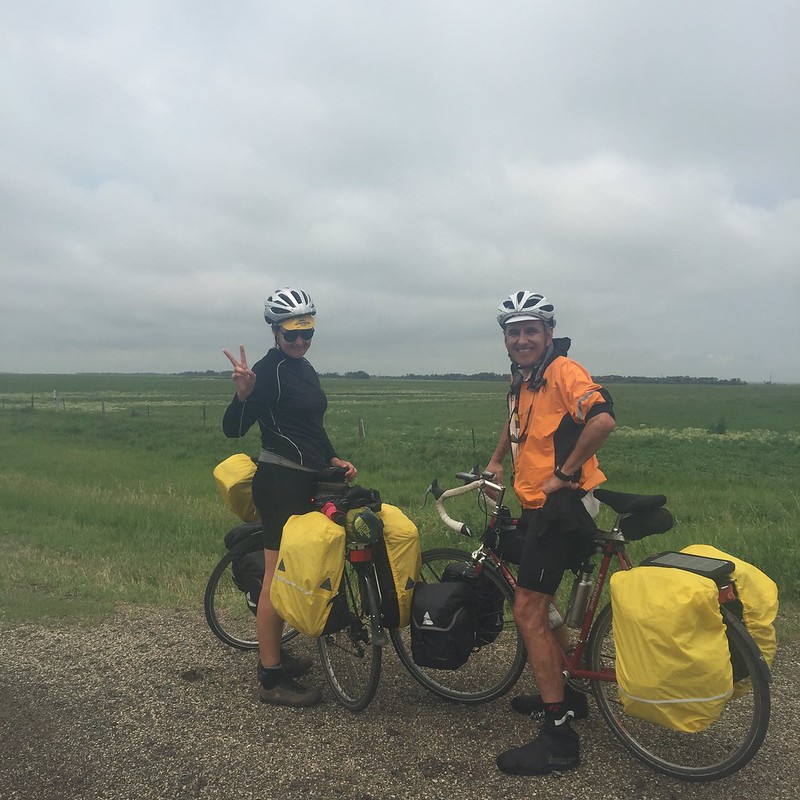 Day 12, July 2
110 miles, Pierre, SD
We again leave in the rain this morning. This has been an endless change of fronts during our crossing. The temperature is very cool again and makes for an easier day in the long run. Riding in the rain and getting soaked is becoming old hat. After 3 people from 3 different towns tell us not to go to Ft. Thompson due to the bad roads, – we heed their advice and move toward the capitol, Pierre. The landscape is incredibly flat and distances can seen for miles. Ranches and towns 10 miles away can be seen on the horizon. Wind is a big factor and we have been blessed with a tail wind for two days. Crossing these areas safely seems to be a matter of timing and luck. This is no place to be caught in a tornado or super cell. There is no place to take cover and there is no dip in the landscape and no trees. That is what makes this place so amazing and what has made our day amazing. The storms that struct us in Iowa earlier had maximum winds at 95 mph, here they were recorded a week ago at 110mph. We have a rest day in Pierre and are a bit ahead of our schedule because of the distance we made today,- so we will explore the Missouri River area in town tomorrow. So far, everyone that we have met in South Dakota has been extremely nice and outgoing. We talk to everyone at cafes and today a rancher stopped his pickup truck and offered to take our picture. We even had some one slow down their truck and check up on us and wished us well. The only hazard to speak of on the road were three wild turkeys charging out to meet us. Literarily. 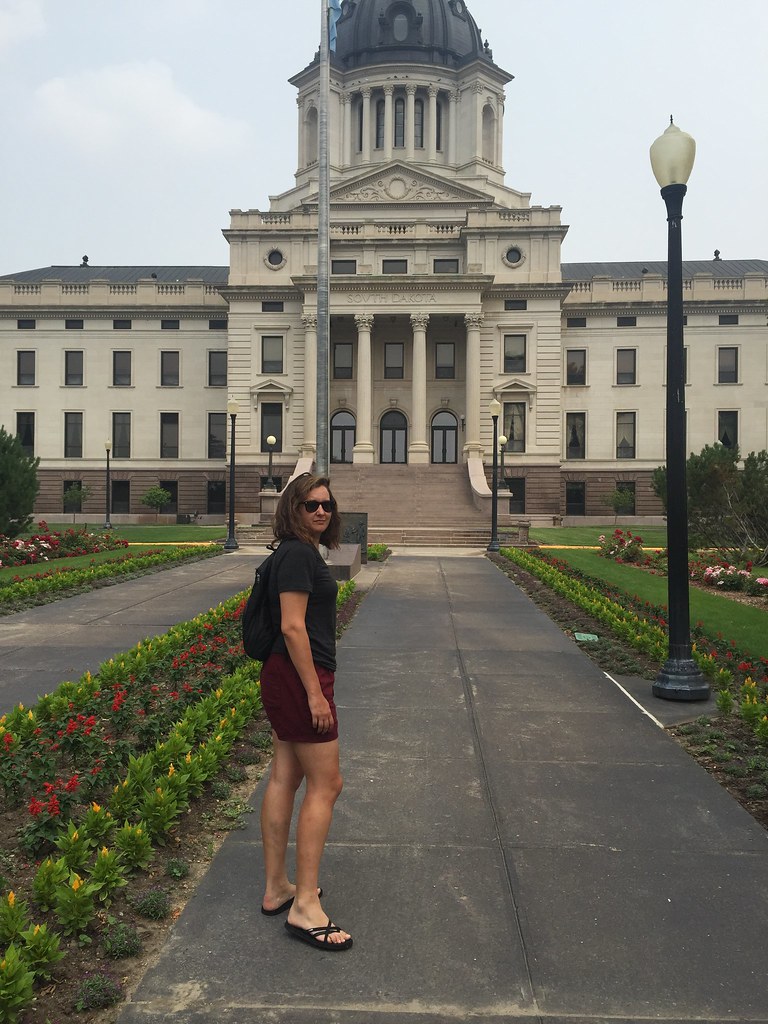 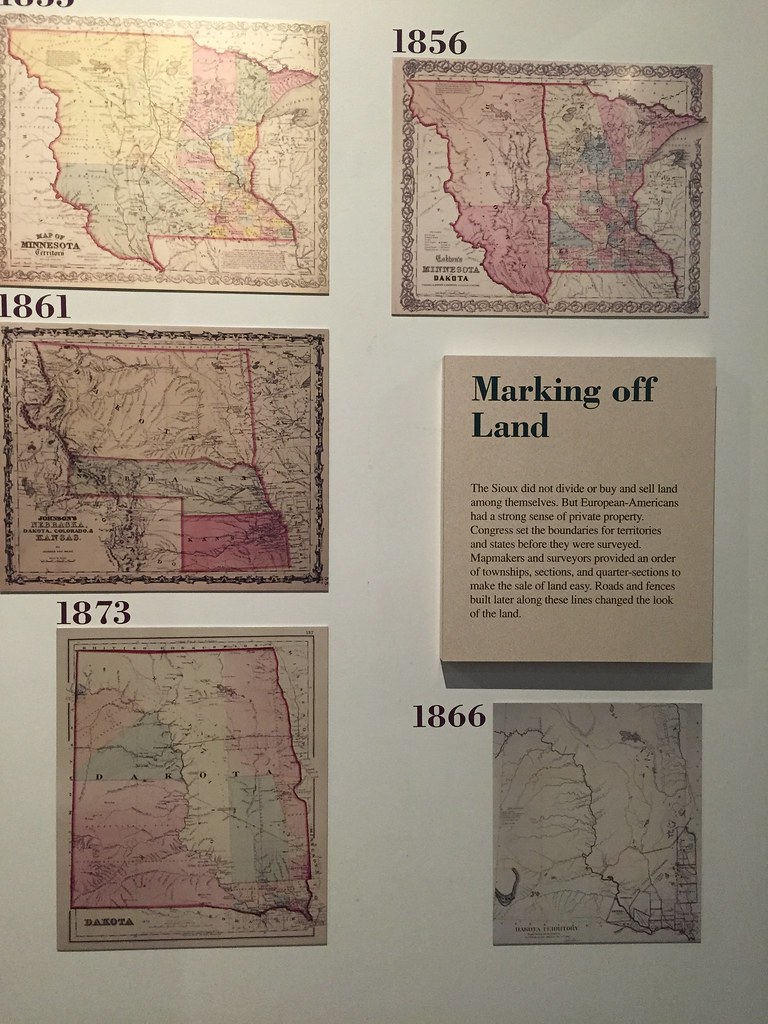 Day 13, July 3
Rest day, Pierre, SD
Today is a rest day and we visit the state of South Dakota Capitol building and the state cultural museum. The history of land survey and the gridding of the landscape meet up with a clash of cultures with Native America. South Dakota is home to the three major divisions of the Sioux Nation,- Lakota, Nakota, and Dakota. At one time the western half of the state divided by the Missouri River was considered the Great Sioux Nation. 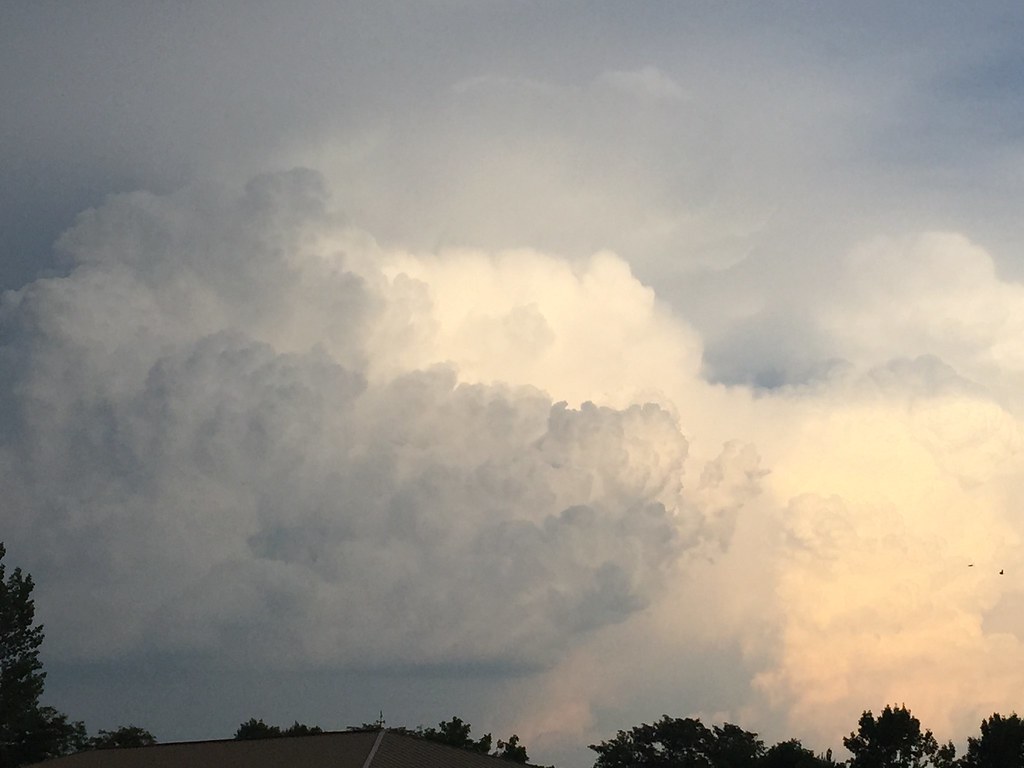